Yoga Bharati‘s Director of Yoga Therapy, Savita Joshi, and I met at IAYT SYTAR in June last year. We admired each other right away.

I attended the Fifth Annual International Kriya Yoga Congress this weekend, hosted by the The Center for Spiritual Enlightenment in San Jose. Spiritual Director and co-founder of Yoga Bharati, Yogashree N.V. Rughuram, addressed the Congress.

Yoga Bharati is the teaching center for Yoga Teachers and Yoga Therapists that originates at SVYASA: Swami Vivekananda Yoga Anusandhan Samsthana in Bangalore, India. SVYASA is India’s first Yoga university. It is a research foundation and blends the best of the west’s medical innovation with the classical Yoga and ayurveda teachings of the east. The integrity of the work produced at SVYASA is of the highest caliber.

SVYASA is where I have always wanted to go to do research on Yoga therapy for mental health, specifically to refine the moods associated with bipolar disorder. Shirley Telles is a yoga researcher at SVYASA – the world’s foremost Yoga researcher. Yoga Bharati has associations with Narendra Modi, Prime Minister of India, who declared International Day of Yoga June 21 last year, celebrated en masse peacefully around the globe.

I stayed with Savita during the Congress, which was beyond description. I was reinitiated into Kriya Yoga by Roy Eugene Davis, of The Center for Spiritual Awareness and Paramhansa Yogananda’s last teaching disciple. He told a funny story about Yoganandaji’s fixation on onion rings and how Master perfected his recipe.

I spent Sunday with Yoga Bharati in the therapy classes. They asked me to participate in the group discussion during the ayurveda course, welcomed me, admired me. I was so relieved to be able to talk about Yoga, philosophy, ayurveda, love and marketing in one statement with loving people!

Yoga Bharati means “Yoga of India.” It is the ancient wisdom, applying these principles to our modern world for peace.

Yogashree Raghuramji (“ji” is a term of endearment) is a professor of Yogic Sciences at SVYASA. He offered a lecture on Sunday at the Yoga Bharati Center in Cupertino and later that evening in Milpitas. I found him to be fascinating. I have been asked to transcribe his teachings from his current trip to the U.S.

An inauguration for the graduates of Yoga Bharati’s Yoga Teacher Training and Yoga Therapy Training on Sunday night included a performance with adults and children moving in formation, and a panel including Raghuramji, the Vedanta Society of Northern California’s Spiritual Director, Swami Tattwamayananda . (“The (Vedanta) Society’s high standard for spiritual service, set in motion by the earlier swamis, continues to flourish by spreading the universal principles and ideas of Vedanta in the Bay Area.” from the website.) and a gentleman who brings Yoga Management skills to Google and IBM, Dr. Prasad Kaipa.

Then we went out to dinner together.

The next morning I said goodbye to my friends and drove back to San Luis Obispo.

I know now why India is called “Mother India.” It’s the love. 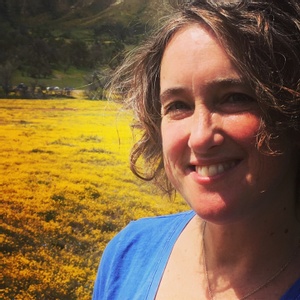